Miriam Fried is a Master Teacher of the violin, and in our excerpt video (which you can find here), she explains that there are a few differences between the modern violin bow and the Baroque violin bow. Let’s explore the history and differences between performing a violin piece performed with each, how they are similar, and the stylistic differences of how each plays a piece written by Baroque composers. 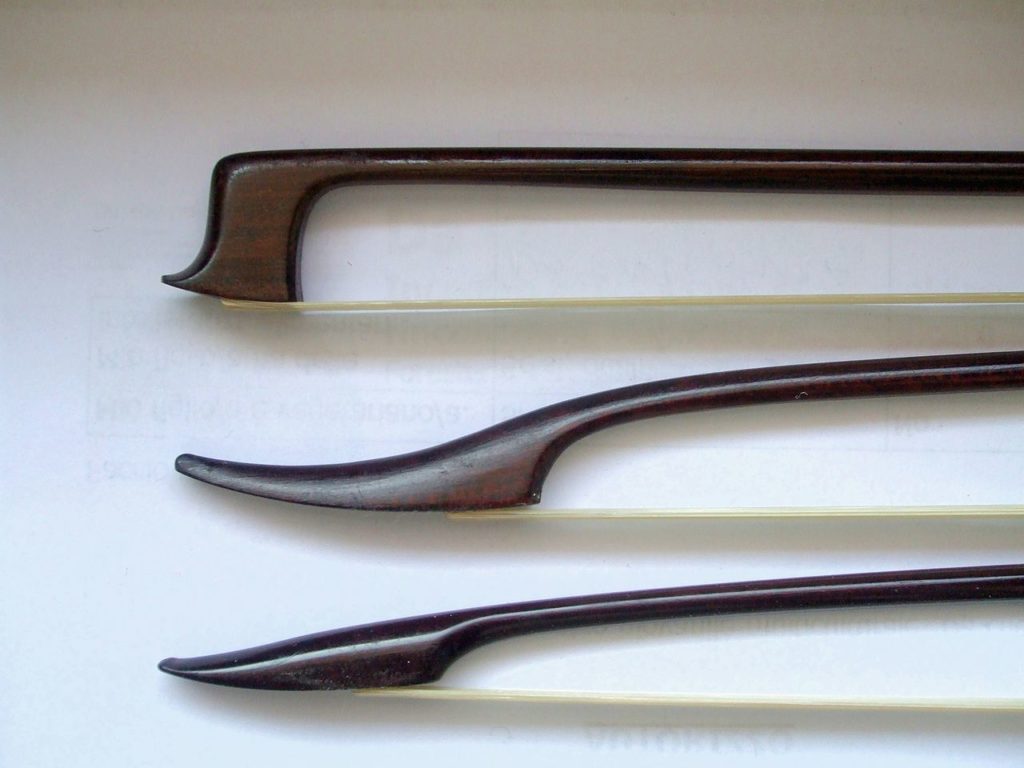 Baroque bows generally look straight or bent slightly outwards in the middle, with an elegant "swan-bill" pointed head. Typically made from strong, heavy snakewood, bows of the early 17th century were used to play both violins and violas. They were particularly short and light and well-suited for dance music. For instance, Italian music of the first half of the 18th century was generally played with a longer bow and was better suited to long, singing notes.

Rule of the down bow

An important aspect of Baroque playing is the "rule of the down bow", which states that any stressed beat – and in particular the first beat of a bar – ought to be played with a down-bow. In the video “Excerpt – Modern Bow vs Baroque Bow”, Miriam Fried explains that stylistically, this was a common practice of the style during the Baroque period – not surprisingly, bows crafted during this period of time were designed to sweeten the sound and play in this manner. 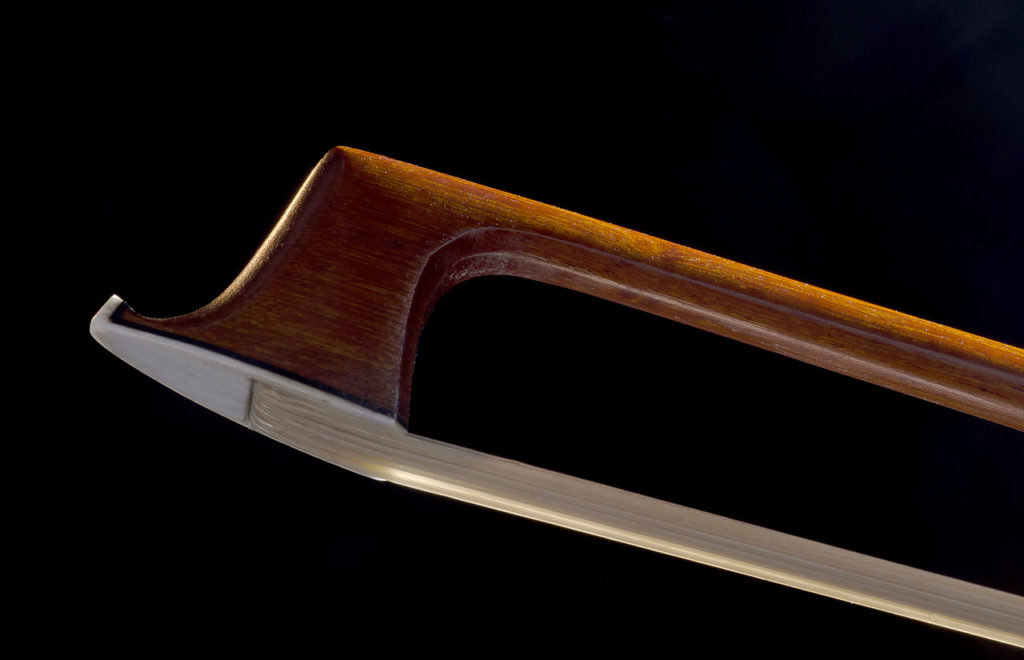 The kind of bow in use today was brought into its modern form largely by the bow maker François Tourte in 19th-century France. Pernambuco wood, which was imported into France to make textile dye, was found by the early French bow masters to have just the right combination of strength, resiliency, weight, and beauty. This method of crafting what we now know as the “modern bow” is still in use to this day. The modern violin bow, as explained by Miriam Fried, gives an even tone to any piece played on a violin (taking into consideration that the violin itself underwent design changes as well). In the excerpt video, Ms. Fried explains that although the modern violin bow is designed for an even playing style, the violinist must still take into consideration the style that was commonly used during the Baroque period.

When a violinist plays a composition by Johann Sebastian Bach, one must consider the bow used during the Baroque period. If he/she does not have access to a Baroque violin bow and must use a modern bow, it is incredibly important to understand the style of how his music was performed. Stylistically, much of the music composed during the Baroque period was dance music. Composers during this period kept this in mind, and it was common practice for the second beat of a piece to be played more lightly. Likewise, the Baroque bow was designed to have a heavier tone when played at the frog and have a natural lightening of the sound as the bow travels across the strings. This, of course, contributed to the playful sound of Baroque-era dance music and gave a light air to the tone of the piece being performed. The modern violin bow was designed to provide an even tone from frog to tip, and when performing Baroque dance music one must apply more pressure when playing at the frog to avoid bland, flat performances of the piece being played. On the contrary, a Baroque bow does this naturally based on its shape, and therefore the violinist did not have to work this technique into their performing style.

When performing a Baroque-era piece by composers, the violinist must consider the piece and the intention for which it was composed. Baroque dance music was popular mostly in England and France, and therefore one might find much of this music to be similar in style as there was much musical communication between these two countries. In fact, it is thought that this music originated in Lower Brittany, France, although it has never been confirmed – yet, most of the surviving pieces are from England. Regardless of the source from where a piece was composed, the one constant that should always be considered is how the Baroque violin bow differs from – and is similar to – the modern violin bow. Remember that the Baroque violin bow sounds heavier when played near the frog of the bow (where it is held) and naturally lightens in tone near the tip of the bow as it travels across the string(s). This is particularly important in Baroque dance music, but should also be considered in partitas and sonatas as well. When playing a Baroque-era violin piece with a modern violin bow, stress should be applied to the downbeat and lighten on the second beat of the measure. Obviously, the rest of each measure differs with the phrasing of the particular piece one is performing, but as a general rule, the pressure applied with a modern bow should attempt to mimic what the Baroque violin bow does naturally.

As one of the most gifted performers on the violin, Miriam Fried has worked with iClassical Academy to develop many videos on this topic. If you are interested in learning more about how to perform Baroque-era compositions on the violin, check out this page to view our video excerpts. She explains in depth how to properly play Baroque music, from the history of famous composer Johann Sebastian Bach – the most prolific Baroque composer – to playing techniques that were common to the era. To sign up for Miriam Fried’s Musical Jewels video series for Violin Solo Sonatas and Partitas, click here to get started.