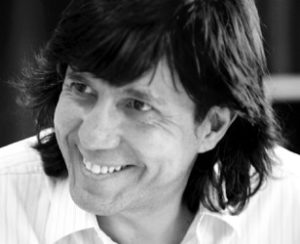 Ricardo Castro is a pianist and conductor with a massive career who studied with Maria Tipo at the Conservatory of Music in Geneva. In 1984 Ricardo went with his resources to study in Europe, entering the Conservatory of Music in Geneva in the virtuosity class of Maria Tipo, where he remained for three years, and in the conducting class of Arpad Gerecz for two years.

Ricardo Castro has taught since 1992 at HEMU - Haute Ecole de Musique Vaud Valais Fribourg in Switzerland, where he works with an exclusive group of young professional pianists. In 2018 he was invited to teach at the Scuola di Musica di Fiesole, and from September 2020 on, he teaches at the Haute École de Musique de Genève, where he's also Head of the keyboard department.

Ricardo Castro is interested in sharing music to impact society via education and social work. Educational and social work has always been a constant concern in his life.

In 2007 invited by the Government of the State of Bahia, he created NEOJIBA (State Centres of Youth and Children's Orchestras of Bahia), a pioneering program in Brazil that, for its eight years, celebrated more than 4500 children are beneficiaries. The Youth Orchestra of Bahia, the most advanced in the program, has already performed for more than 200.000 people conducted by Ricardo Castro, who remains its Principal Conductor and Artistic Director. Together they went on several tours to EUA and Europe, doing performances with prestigious soloists like Martha Argerich, Midori, Maxim Vengerov, Maria João Pires, Jean Yves Thibaudet, and Labeque sisters, among others, in major concert halls such as Queen Elizabeth Hall in London, Victoria Hall in Geneva, Konzerthaus in Berlin, Santa Cecilia in Rome.

In 2013 he became the first Brazilian to receive the Honorary Membership of the Royal Philharmonic Society, figuring since beside famous personalities in the history of Western music.