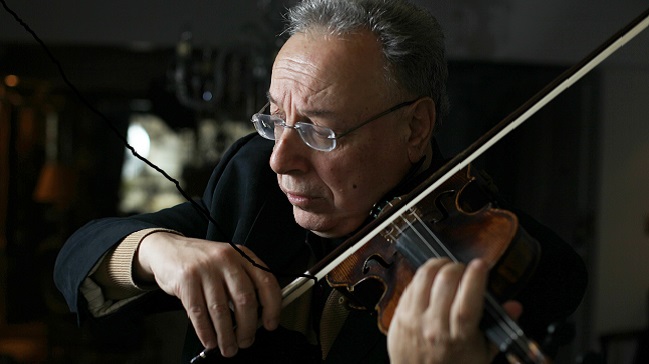 In 1968 he won the City of Buenos Aires ́ Municipal Prize, and in 1972 he received a scholarship to pursue higher studies in Holland. It was awarded jointly by the "Mozarteum Argentino" and the Dutch Ministry of Science, Culture, and Education in The Hague.

He was appointed leader and first violin at Teatro Massimo in Palermo, Teatro La Fenice in Venice, the Haydn Orchestra in Bolzano, and National Music Orchestra in Buenos Aires. Within his teaching activities, he has held Master Classes at the Trento Philharmonic Association, the Young Performers' Association of Rome, Bilbao's International Festival (Spain), in Lucerne and Slovenia.

In 2000, he won the "Estirpe" Prize for classical music. In 2002 the Critics' Association selected him again for Best Chamber Music Performer, and in 2003, he received the award for Best Argentine Chamber Ensemble. In 2007 he was the recipient of the Outstanding Personality Award in the Arts, bestowed by the Office of the Mayor of the City of Buenos Aires.

It's essential to know about birth, cultural involvement, evolution through the decades, and Tango's academic placement in the musical scenario. Rafael and his friends from Estacion Buenos Aires created an excellent and unique Tango music and history course.

and 19 Video Minus-1 Tracks with complete Scores to play along with.