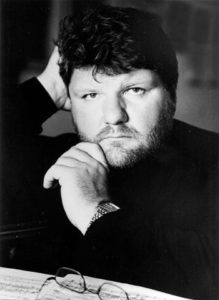 Grammy-nominated conductor, cellist, and conductor Dmitry Yablonsky was born in Moscow into a musical family. At the age of nine, he gave his orchestral debut playing Haydn’s cello concerto.

He emigrated with his mother, pianist Oxana Yablonskaya to New York, where he studied with Lorne Munroe, Aldo Parisot, and David Soyer at the Curtis Institute of Music.

His Tchaikovsky Piano trio recording for Erato/ Warner with Repin and Berezovsky won numerous awards. Dmitry transcribed and edited works for cello, which was released by International Music Company and Dover Publications.

Great critical acclaim for the recording of all 40 Popper etudes

Naxos released his recording of all 40 Popper etudes for solo cello in the fall of 2008, which received great critical acclaim. He organizes many festivals all over the world, including the Gabala Music Festival in Azerbaijan.

Yablonsky is Head of International Relations at the Buchmann-Mehta School of Music and Tel Aviv University.