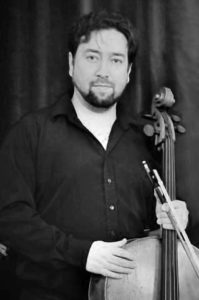 He started his piano studies at 8 and began his cello studies at 11. He studied with Prof. Galina Zubareva in the Central Music School in Moscow.

Denis won the International A. Rubinstein competition (Moscow 1997) and was awarded in the same year by the Vladimir Spivakov Foundation.