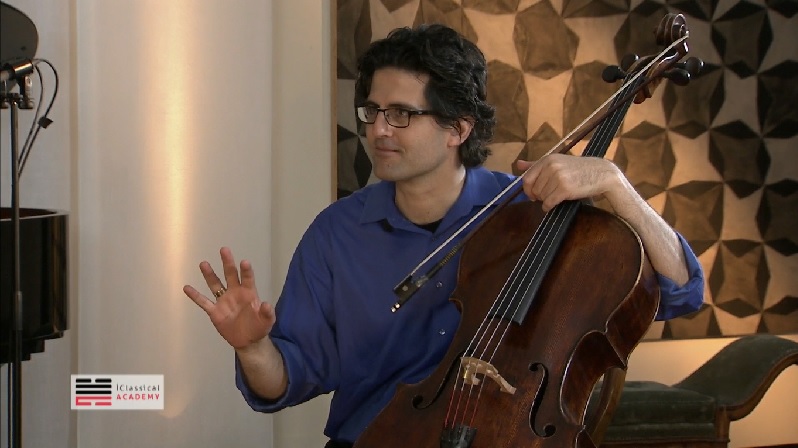 Professor at the Peabody Conservatory of Music

One of the most sought after cello pedagogues, Israeli cellist Amit Peled is a Professor at the Peabody Conservatory of Music of the Johns Hopkins University.

From the United States to Europe to the Middle East and Asia, Peled is acclaimed as one of the most exciting instrumentalists on the concert stage today and described as a musician of profound artistry and charismatic stage presence.

Peled often surprises audiences with how he breaks down barriers between performers and the public, making classical music more accessible to wider audiences.

Tim Smith of the Baltimore Sun reflected on a recent performance: “Peled did a lot of joking in remarks to the audience. His amiable and inviting personality is exactly the type everyone says we’ll need more of if classical music is to survive.”

Peled was chosen among "Musical America's 30 Professionals of the Year 2015 and performed for many years on Pablo Casals’s own cello, a 1733 Matteo Gofriller loaned to him by the great cellist’s widow, Marta. Today Peled performs on the only known copy of the “Servais” Stradivarius by Vuillaume ca. 1865.